The legend of Hugh Glass.

Chat about surviving, preventing, and being prepared for emergencies in the Outdoors
Post Reply
First unread post • 15 posts • Page 1 of 1

The legend of Hugh Glass.

The story of Hugh Glass ranks as one of the most remarkable stories of survival in American history. So much so, that Hugh Glass became a legend in his own time.

Little is actually known about Glass. It was said that he was a former pirate who gave up his life at sea to travel to the West as a scout and fur trapper. Exactly when is unknown. He is believed to have been born in Philadelphia around 1783.

He had already been in the Western wilderness for several years when he signed on for an expedition up the Missouri River in 1823 with the company of William Ashley and Andrew Henry. The expedition used long-boats similar to those used by Lewis and Clark 19 years earlier to ascend the Missouri as far as the Grand River near present-day Mobridge, SD. There Glass along with a small group of men led by Henry started overland toward Yellowstone.

At a point about 12 miles south of Lemmon, SD, now marked by a small monument, Glass surprised a grizzly bear and her two cubs while scouting for the party. He was away from the rest of the group at the time and the grizzly attacked him before he could fire his rifle. Using only his knife and bare hands, Glass wrestled the full-grown bear to the ground and killed it, but in the process he was badly mauled and bitten.

His companions, hearing his screams, arrived on the scene to see a bloody and badly maimed Glass barely alive and the bear lying on top of him. They shot the bear head and uncovered Glass's mangled body. They bandaged his wounds the best they could and waited for him to die. The party was in a hurry to get to Yellowstone, so Henry asked for volunteers to stay until Glass was dead and then bury him. John Fitzgerald and Jim Bridger agreed and immediately began digging the grave. But after three days Glass was still alive when Fitzgerald and Bridger began to panic as a band of hostile Indians was seen approaching. The two men picked up Glass's rifle, knife and other equipment and dumped him into the open grave. They threw a bearskin over him and shoveled in a thin layer of dirt and leaves, leaving Glass for dead.

But Glass did not die. After an unknown time, he regained consciousness to a very grim situation. He was alone and unarmed in hostile Indian territory. He had a broken leg and his wounds were festering. His scalp was almost torn away and the flesh on his back had been ripped away so that his rib bones were exposed. The nearest help was 200 miles away at Ft. Kiowa. His only protection was the bearskin hide.

Glass set his own broken leg and on September 9, 1823, began crawling south overland toward the Cheyenne River about 100 miles away. Fever and infection took their toll and frequently rendered him unconscious. Once he passed out and awoke to discover a huge grizzly standing over him. According to the legend, the animal licked his maggot-infested wounds. This may have saved Glass from further infection and death. Glass survived mostly on wild berries and roots. On one occasion he was able to drive two wolves from a downed bison calf and eat the raw meat.

According to Glass's own account he was driven by revenge. He told others that the only thing that kept him going was the thought of killing the men who had left him for dead.

It took Glass two months to crawl to the Cheyenne River. There he built a raft from a fallen tree and allowed the current to carry him downstream to the Missouri and on to Ft. Kiowa, a point about four miles north of the present-day Chamberlain.

After he regained his health, which took many months, Glass did indeed set out to kill the two men who had left him for dead. He found Bridger at a fur trading post on the Yellowstone River but didn't kill him because Bridger was only 19 years old. Glass later found Fitzgerald but didn't kill him either because Fitzgerald had joined the Army.

Glass eventually returned to the Upper Missouri where he died in 1833 in a battle with hostile Arikaras Indians. As with many mountain men of the era, Glass himself wasn't much of a talker. However the story of his trek was recounted far and wide among other frontiersmen and even the native American tribes. The story needed no embellishment, but at least one version (false) had Glass cutting out the still-beating hearts of the men who left him for dead. Another claimed (again, falsely) that Glass forevermore carried Bridger's and Fitzgerald's scalps on his belt. In truth, Glass may have simply forgiven the men who had left him to die.

The story of Hugh Glass is well known and has been made into a movie "A Man in the Wilderness" in 1971 staring Richard Harris and John Huston, a moderately accurate film. A novel, "Lord Grizzly" also recounts and embellishes the story.

There's no evidence that Hugh Glass ever visited the Black Hills, although he certainly did know of them. As early as 1828 stories of gold in the Hills had begun to circulate, but Glass was a trapper and trader, not a gold seeker so he probably had little interest. Some accounts suggest that Glass may have been part of party that passed near the Black Hills in 1831 and may have visited the Hills briefly at that time.

The monument to Hugh Glass is located on the shores of the Shadehill Reservoir southwest of Shadehill, SD.

The cave you fear hides the treasure you seek!!!
Top

Never heard of him until now. Amazing story. Thanks for sharing. Hopefully I have a chance to visit the monument in SD some day.

Thanks for posting CM. Amazing story of survival!

Yea I remember reading a story about him when I was growing up. You don't find people like that anymore, we all would curl up and die.
Top

So there is a movie coming out about this? The Revenant? 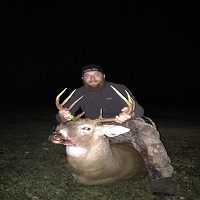 Amazing story, thanks for sharing. I'd like to check out that old movie sometime.

Incredible story. Gonna have to find that movie now.

Wow.. cool story..ill have to do a little research now. 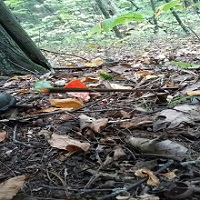 I was just thinking about Hugh Glass the other day at work. What a beast!

I would have crawled out that grave, looked at myself, looked around, started to crawl, passed out, woke up and then just crawled back into that grave!!

The movie is coming out January 8th. 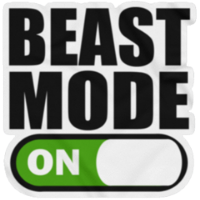 The book is great, very easy read. I believe it's called "Lord Grizzly", I've read it a dozen times

http://www.iowawhitetail.com
Leading the way for habitat and management information

I've been waiting months to see this movie. I hope it's as good as the previews.
https://youtu.be/QRfj1VCg16Y
Top

I've been waiting months to see this movie. I hope it's as good as the previews.
https://youtu.be/QRfj1VCg16Y
Top
Post Reply
15 posts • Page 1 of 1