A Week in Wisconsin 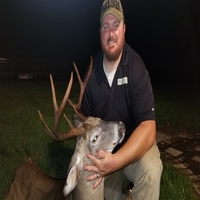 A Week in Wisconsin

I arrived in the Dells area yesterday. Today I hit the ground scouting. I did my share of cyber scouting and had certain areas I want to hit. I only made it about half way through the ground I wanted to cover. I was finding hot sign almost immediately.

I cant say how impressive it is to find such great deer trails and sign on Public Land. The things I saw today I have never seen back in Mass, not to this extent. Granted I did pick Sauk county because of the deer density reports I found from the Wisconsin DNR.

Countless rubs and scrapes, all along habitat diversity / edge. No lie, I found 13 scrapes (all made within the last 24 hours) in one spot all within a 2 acre area. I cant believe I didnt jump any deer, with all the sign I was seeing I just was waiting to see a buck pinning down a doe. Or some chasing going on.

I need to post a drawing of the area, I have never seen this much sign in one spot, much was at intersecting trails or along parallel trails.

Check out this rub I found, I have never seen this before. Not sure if it is a huge buck rub or a community rub.

Bad sketch, but I found this today, just littered with rubs and scrapes.

Tried to push past to find bedding, didnt find much for buck, but found some doe beds.

I have to admit. I think most of this was made at night, but when. You find so much sign in an acre or two of land, it's really hard to pass up!

The R's are all fresh rubs, also nearby historic rubs, S are scrapes, dashed lines are hard deer trails. 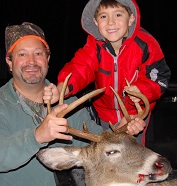 Yup!
You're not in New England anymore...

Every out of state hunt I've ever been on produced an average of 8-deer per day...
NOT 8-deer per season

Good luck!
“The master has failed more times than the beginner has even tried.”
Top

That rub gives you a good idea about how far apart his brow tines are. He’s a gooder for sure. Good luck!
Top

Every out of state hunt I've ever been on produced an average of 8-deer per day...
NOT 8-deer per season

Hit the ground running out here on Monday. Jump into the woods at first light, immediately I am on some hard trails with fresh tracks, finding fresh scrapes licking branches shredded, thigh to stomach high rubs, small trees snapped in half, small tracks large tracks. It was amazing. I wanted to keep scouting but the sign was so hot I decided to throw a stand it. Nothing....

Tuesday I moved onto North section of the Dells Creek Public, this was the area I really wanted to key in on, however the once I got in the woods I realized the North side along Dore Rd has ongoing logging, also aside from the areas that have been replanted the entire woods is all old open hard woods, almost no cover, blow downs everywhere and just rough terrain. Also most the slopes are much steeper and taller than what I was seeing on the OnxMap topo. I decided to move on and check out the south Side. Its a good walk down to the creek and there were a few cars in the lot. I really didnt want to be walking around while others were hunting, so I moved over to the east side up on the DNR road and hit the ground their. Again ran into another hunter so I backed out. I did scout some areas along the marsh closer to the parking area and its amazing, basically any peak or bowl has a beaten down trail leading from hardwoods out into the marsh just like Dan says. I didnt see anything that made me think I should setup. Also, I began to think, man, even if I push down into this area, its all up hill, I am by myself, the grass field from parking to marsh is all head high or higher, it would have been a bear getting something out of there by myself. Decided this area need more scouting than what I time for to be successful and an extra set of hands to get something out.

Thursday setup on a back side point closer to doe bedding I found, nothing... Moved to a whole other area about 1/2 mile away on a red brush / hardwoods point, setup on a trail finally had two does slip in behind me about 70 yards back. Threw a couple soft grunts and they wanted no part of it and the ran away lol...

Friday (today) decided to spend with my wife and 4 kids and end the week on a high note.

Also when we left Mass. it was in the 50's / 60's, I get to Wisconsin and its in the 30's, man when the temp changes that quick it was real hard sitting in a stand all day, that in addition to not seeing anything was why I hard to move stand locations mid day.

I have never seen so much mature buck sign as I have here. There are some big bucks in this area, I just think I was a few days late, talking with other hunters they were saying the previous week they had lots of deer movement.

I really though coming in I was going to see a lot of deer and have to be selective, but it sounds like this week as been slow everywhere and it just is what it is. I am thankful I had the opportunity to hunt here, I saw deer sign I havent seen before. We dont see a lot of snapped trees and stomach high rubs where I live / hunt.

Biggest difference in my opinion between the dells area and most of Mass., its simply habitat, there is much better habitat here. We have scores of just huge large open hard woods our we have more jagged terrain, not these long rolling hills or even the flat land in South Wisconsin. Here the are huge fields with AG and distinct patches or woods or thick over growth that form fingers, of lcuts. We dont have as much fields with AG, in fact many of our field are just grass fields.

I did have a member reach out mid week and offer to give me some more spots to hunt here in county. That was very awesome and I really appreciated that, if only I had more time, but hopefully I will be back.

How I feel about it all: I cant explain other than, Have you ever watch the College football game, you know like a bowl game or national championship game, and the one team takes the opening kickoff back for a touchdown and everyone goes crazy. Then the entire rest of the game you just have your but handed to you!!! That's how I feel....Better believe redemption is at hand!!!!

Also, when I got back last night I saw a post from Dan about how he froze all night in his stand and about how its about the chase and not the kill! That was cool as I was frustrated with how it all went. But I learned a few things to.

I might plan to do a WI trip soon too and was just wondering if you also found out that there were some discrepancie between MFL public land on the DNR website and onX Map? Not all MFL land are loading on onX.
Top

SidewayZ wrote:I never used OnX for MFL but they do have an interactive map for MFL. You could however use OnX to draw in MFL lands that may not load direct on OnX from a desktop, probably use a shaded polygon and name it for the areas your interested in.