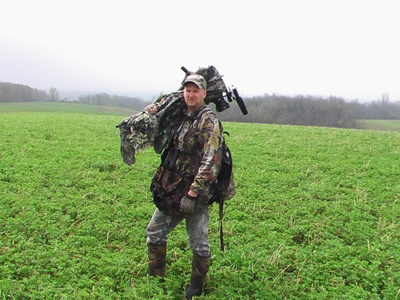 Chris Kittleson is both full time host and producer of the hit show Pronghorn Productions TV.

Chris was asked to be on the Hunting Beast Pro-staff because of his vast knowledge of filming and editing hunting and fishing shows.

Chris has over 25 years of experience hunting and fishing all around the states, but his main love of the outdoors started in the rolling hills of southern WI. After years of calling and guiding turkey hunts he decided to dabble in the video aspect of hunting and through the years his equipment and skill level grew. In the fall of 2005 He purchased his first semi-professional camera and started seriously videoing hunts. His show currently has a regional viewing of over 748,000 households in WI. and surrounding states.

For 2010 Chris is planning to take the show to the next level and air on the Pursuit Channel.