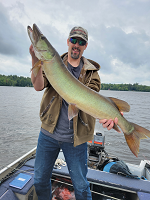 lol at that video. The sound cuts in and out because of all the cussing being censored.

Like Dewey said earlier, this hangs over all the fish records in WI. That's why they have "historical" records vs modern records. Louis Spray "somehow" kept topping his world record musky by just a bit over and over. Rumor has it he bought the current world record musky from someone else, then just poured a bunch of sand down its throat. Seems sand would elude a metal detector as well.

Like John Candy said in Cool Runnings - "Derice, a gold medal is a wonderful thing. But if you're not enough without one, you'll never be enough with one."
Be still and know that I am God - Psalm 46:10
Top 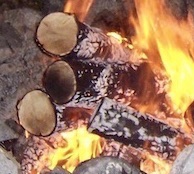 Perfect reason to have an official weigher assigned to every boat like the Professional Bassmaster series tournaments. They weigh the fish if the angler wants it counted towards his/her limit and back to the water it goes. Simple, effective and keeps people honest.
“No matter how good or bad your life is, wake up each morning and be thankful you still have one”...Zig Ziglar
Top 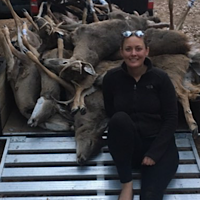 It would really be simpler to have all boats recorded at all times. Just one livestream feed that it’s someone’s job to watch.
Top

clandestine.misfit wrote:It would really be simpler to have all boats recorded at all times. Just one livestream feed that it’s someone’s job to watch.

Be a good idea, but some unnecessary dollars and resources that would be needed for that. Be a shame if they had to go to that length.
Top

It would suck but some people are liars and cheats and greedy and unfortunately the few that are like that ruin the whole trust thing for the honest people.
Top

The cheaters have now been officially charged.

They are in more trouble than athletes that cheat with much more money at stake. The Houston Astros not one player got in trouble for the sign stealing scandal. Still considered the champs for that year. Or deflategate with Tom Brady.Two wrongs don’t make a right tho
Top

I believe walleye fishing is light years away from big money bass fishing. I heard stories of stuffing fish with weights and rocks from back in the 70’s. Then it moved to catching the biggest bass you could for weeks b4 the tournament and putting em in baskets sunk in deep water. Before weigh in scoop em up and start high fiving. Most recent years was taking scissors to trim tails that were slightly in the slot or stuffing them with ice cubes right b4 throwing on scales. If any suspicion the ice quickly melts leaving no evidence. Plus a lot of folks put ice in live wells during hot months to ensure fish stay alive.

But even small time bass club tournaments have implemented lie detectors. Sad fact, but when money is involved folks just can’t be trusted.
Life is hard; It’s even harder if you are stupid.
-John Wayne-
Top
Post Reply
41 posts