Got me another one!

Got me another one!

Another great morning! Killed this Tom at 10am opening morning of our 4th season. I killed my first Tom ever on opening morning of the 1st season this year lol. It's awesome but I only hunted a total of 8 hrs for both seasons. Kinda wish it wasn't over so soon even though I'm blessed with both birds
20210428_101023_(1).jpg
! Good luck to everyone still out there!

Wt- 23lbs
Beard- 10in
Spurs- 1in
Length- 46"
You do not have the required permissions to view the files attached to this post. I roughly had an idea where they where roosted. I set up with my decoy in that area and heard alot of gobbling so I did some yelping and was getting alot of response back but nothing came in. Then I proceded to do some cutting and the gobbling kept getting farther away. I moved my setup about 250yds and started calling again. I heard a few gobbles but they still kept moving farther away. I set up about 200 more yards where my decoy could be seen easier in the hay field and kept calling but once again they kept moving away but answering back to my calls. So I dropped my vest and run and gun for about an hr and the birds where on the neighbors ground. I got up on a ridge and used my mouth call as loud as I could but they where really far now. So I slowly walked back to my setup and heard a gobble that was closer then I've heard for awhile and used my box call to do some gobbling,cutting and yelping. About 20 mins later this tom was coming in hot and fast to my decoy with another tom following. I'm not sure exactly what call I did actually made the tom come in but fussing it was the gobbling I did. I used a slat call, mouth call and a box call today to see what they preferred. The mouth call got alot of response but the box call sealed the deal.
Top 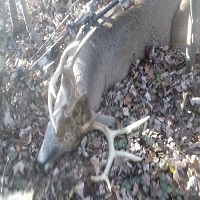 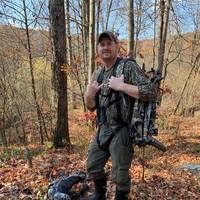 No turkeys in my area so I enjoy reading about how u guys go about successfully hunting them. Well done!
“When standing on the walls of the Alamo the outcome has already been decided. All that’s left is to kill as many as you can.”