What tricks do you use to get toms that don't answer your calls?

I treat them the same as a tom who sounds off to everything I throw at him. Too many people like to hear them gobbling the entire way. Be patient, give them time to come in. Call enough to keep them interested would be my best advice.
The Healthy Herd Pro Staff
Top

X2. Patients is a huge plus when turkey hunting, especially the quiet ones.
Top

dan wrote:What tricks do you use to get toms that don't answer your calls?

Are you talking about toms that you can see, and won't answer, or toms that gobble on the roost then shut up when they hit the ground?

Either way most of the time you have to learn their pattern and try them on another day. 90% of it is knowing where he wants to be anyway. The good thing about NY is we have 31 days to figure out the pattern, and a two bird limit.

If the reason they won't answer is because they are with hens, wait a couple hours and see if the hens nest up and leave him lonely. Toms are moody but eventually you will find his weakness.
A buck will see you three times, and hear you twice, but he's only gonna smell you once.
Top

Another thing to try is scratching the leaves, or flapping your hat like a wing, and just plain patience. Many times if I hear one gobble on the roost, and then he goes quiet, it's because he's working his way in. Another technique is using a gobble or fighting purrs. You can tell a lot about a toms mood by what color his head is.
A buck will see you three times, and hear you twice, but he's only gonna smell you once.
Top

Scratching and quiet yelps and purrs have killed alot of gobblers for me that are closed beaked........ I think gobblers go queit for alot of reasons, alot of times if they are committed and coming in they will shut up to avoid predators, a soft searching cluck will usually get him to spout off again so you can track his progress, but aggressive calling when he shuts down will usually send him the other way.
Birds that call from the roost but shut down on the ground are most likely henned up or have been pressured throughout the season, patterning as spysar said is a good way to put your tag on one of these tough birds, henned up birds need time to breed hens and find themselves all alone before you can crank them up again. Normally I would leave birds like this and try to strike a willing bird elsewhere, then come back to these birds later in the morning.......Strut zones are also a good spot to waylay a quiet gobbler, he might go there and strut all morning/early afternoon and never make a peep cause the hens know where he is, the trick is to get there before he does and wait him out.
Bowhunter4ever!!!!!!!!

Good stuff guys! Another tactic I have had success with is getting aggressive with the hens. If you get a hen to answer your calls keep calling to her and sometimes she'll bring the Tom you never knew was there, right in! This worked for me last year!

I was cutting like and she was matching me note for note!

All of a sudden a gobbler sounded off next to her! As soon as I saw his head, game over!!!

As mentioned.....pattern them, set up where they want to go, and wait them out.....they will be there.
Top

Patience truly is the key. If I had a dollar for everytime I busted a bird because I called, got no response, picked up after 20 minutes or so to move and then busted the bird on his way in, I'd have a pocket full of money!
If I set up somewhere, I will now sit for at the very least an hour. Even longer if I am sure there was a gobbler in the area. More times than not, they move in silent. And they take their sweet time getting there!
Top

If I get a bird that comes in gobbling, the shuts down and struts out of range for a while but won't commit, I will back out and set up about 50 yards away, then call again. Often they respond to this and come in, thinking that their booty call is leaving. Sometimes I will throw a gobble in here too. If that doesnt work, time to start belly-crawling!
Top 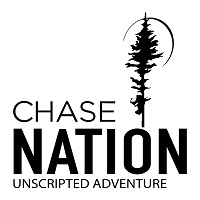 Am I missing the boat, Dan, or are you actually asking about techniques like crow calls, gobble calls, etc.?

Thunder cracks, a gobbler gobbles. Ever been in the woods in April or May? You're near a road, a car drives by and honks to scare a pair of nesting geese out of the road. The sound of the horn sets off a chilling gobble. . . I love it!
Chase Nation | Reality Hunting TV | http://www.chasenation.tv
Watch Chase Nation on Carbon TV: https://www.carbontv.com/shows/chase-na ... red-slider
Huntmore | http://www.huntmore.io/
Top

I have run into a lot of birds that gobble at dawn and then shut up no matter what you throw at them... Sometimes they come in any way, sometimes they don't. More than a few times I have given up on a bird and stood up only to see him at the same time he sees me...
Also, just randomly calling while easing thru a forest doing set ups every 150 yards I have a few times had no answer and had a gobbler come running in, or got up to move and had one sneaking in... Sometimes you get a subtle clue like they shock gobble the 1st time you call, but then go quiet...
I guess they way I combat it is to sit quiet a little longer before moving. But my experience is that when moving and calling the more you move the faster you get on an aggressive bird.
https://www.youtube.com/channel/UCAb0Ia ... TAslJ6D32w

And sitting to Dan is like 5 mins. then it's time to get after em

Agreed that patience will kill alot more birds than running, but experience will often tell you when to wait one out or when to move and find another.
Bowhunter4ever!!!!!!!!

I think the biggest mistake a guy makes when the gobblers go silent is over calling. When turkey hunting (or any hunting) there really is no set way go about a certain situation. You have to adjust to the conditions. When the birds go silent on me, I will usually wait till mid morning early afternoon. Get in a spot were I know a passing tom will hear me. Then I will use 2 calls, (mouth call & slate) and just calmly yelp back and forth, then go quiet. Every couple of minutes, let out some feeding clucks or single yelps, nothing to agressive. If a tom is alone and can hear that soft yelping, he will come in, and he will usually gobble once to announce he is there. If he does gobble, all I will give him is a cluck or a soft yelp, that is it. Nothing aggressive or loud, just soft and simple. Just because they are not gobbling, doesn't mean they are not responding to your calls. I had a tight lipped henned up season a couple of years ago, I planted my hinney on a field next to a creek bottom and did the above. I had a Tom with 5 hens come out, I called that bird from 300 yards, with only 2 yelps and 3 clucks and no decoy. The only time he gobbled was in the creek bottom when the neighbors kid gunned the throttle on his dirt bike. But sometimes a little is more than enough. Just remember, you are trying to call the bird in, not get in to a conversation with him.
Something else that works, especially on public land is to change the direction you call to the bird. Example, say the field is at the end of the parking lot, hunters get out, start calling in that field, turkey's see hunters pull up, flush them out of field and hear hunters call. Now if you parked up the road, swung through the woods and started calling 100 yards from the field edge from the backside of the field, that sometimes is enough to convince the birds to respond and come in, because it isn't the same routine that everyone else does. I helped a friend last year fill his tag with the change direction tactic. There was a big bird on state land that was extremely tight lipped and wouldn't come closer that 75 yards when called in. I told him we would take a trail that went way North of this field and call to him that way. Glassed the field from the road, seen he was in there, walked the back way, got 100 yards to the field, gave a couple of excited cuts and here he came. In 5 minutes, we were admiring the 1 1/2" spurs this bird had. Turkey's are so smart that they are stupid, sometimes something simple makes the difference.
Top

5 minutes, yeh thats pretty patient. I like to take it to em.